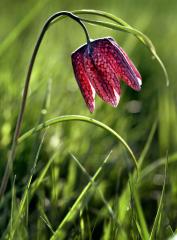 Patients with disturbances in ovulation can be given a hormone to stimulate an ovulation. Either a pill or FSH injections (Menopur, Puregon, Gonal-F or Bemfola) can be given. FSH is the pituitary hormone that stimulates development of the follicles in the ovaries so that normally one follicle containing one egg continues to mature. The pill tricks the pituitary into releasing higher concentrations of FSH.

Pergotime (clomiphene citrate) is no longer available in Sweden.

Most often, an aromatase inhibitor is tried first because it is convenient and simplest for the patient.

1. If a patient does not have a menstrual period at all or very seldom, a menstruation-like bleeding is induced. One common method is to give progesterone-like pills such as Provera (medroxyprogesterone), which is taken as a pill 10 mg daily for 7-10 days. Several days later, bleeding will begin.

2. The stimulating pill is commonly given as 2.5 mg (one pill) from day 3 to 7 counting from the first day of bleeding.

3. The ultrasound examination is usually done in the first cycle about day 13. It can then be determined if there is a developing follicle and if the lining of the uterus is thick.

4. The couple should have intercourse around ovulation. Sometimes a hormone (Pregnyl, Ovitrelle) injection is given to start the ovulation if the follicle is mature.

5. If it is uncertain if an ovulation has occurred, a blood test may be taken a week after ovulation should have occurred. The hormone level of progesterone is measured because the level rises if there has been an ovulation.

6. If a menstruation has not occurred two weeks after ovulation, a pregnancy test should be performed. If it is positive, the patient will be offered a visit for a pregnancy ultrasound after three to four weeks. If the test is negative, a new treatment may be started. If the period does not come, often there has not been an ovulation and the dose may be raised in the next cycle. A new menstruation may be induced again using Provera if necessary.

7. If the period comes, one can repeat the treatment. Often the same dose is given, unless there has not been an ovulation. Should that occur, the dose will be raised.

Usually, up to six cycles are given assuming the patient ovulates with treatment. If no ovulation occurs or if these treatments do not result in a pregnancy after a completed treatment series, one can continue with FSH stimulation (see below) or IVF. 1. If a patient does not have a menstrual period at all or very seldom, a menstruation-like bleeding is induced. One common method is to give progesterone-like pills such as Provera (medroxyprogesterone), which is taken as a pill 10 mg daily for 7-10 days. Several days later, bleeding will begin.

2. The patient will give herself subcutaneous injections with a FSH substance (Menopur, Puregon, Gonal-F or Bemfola). One of our nurses will be happy to show you how these work.

3. After 7 – 8 days of daily injection, one will come to the clinic for an ultrasound examination. We will examine if there is a follicle developing and you will get further instructions. Sometimes the dose will be changed and it will be determined if a new ultrasound control is needed.

4. When the ultrasound shows that the follicle is mature, an injection with a different hormone, Pregnyl or Ovitrell, (hCG) is given and ovulation will occur approximately 40 hours later. We recommend that the couple has intercourse the same evening as the injection and also the following evening.

5. If no menstrual bleeding occurs 14 days after the HCG injection, a pregnancy test should be taken. If it is positive, the patient will come for an ultrasound after two weeks. If it is negative, we will book a new visit. Most often, this means that an ovulation has not occurred.

6. If a menstruation comes, another treatment cycle can begin.

It is common that FSH treatment can be stopped because of too many follicles developing. Most often, treatment stimulation takes about 2 weeks and about 1-5 ultrasound examinations are needed. The chance of pregnancy is about 10 - 15 % per cycle but this chance is also dependent upon the age and weight of the woman. It is uncommon that we do more than six treatment cycles and we will do fewer if there is a problem with too many follicles maturing.